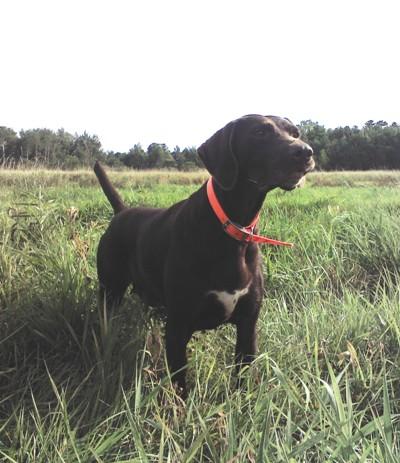 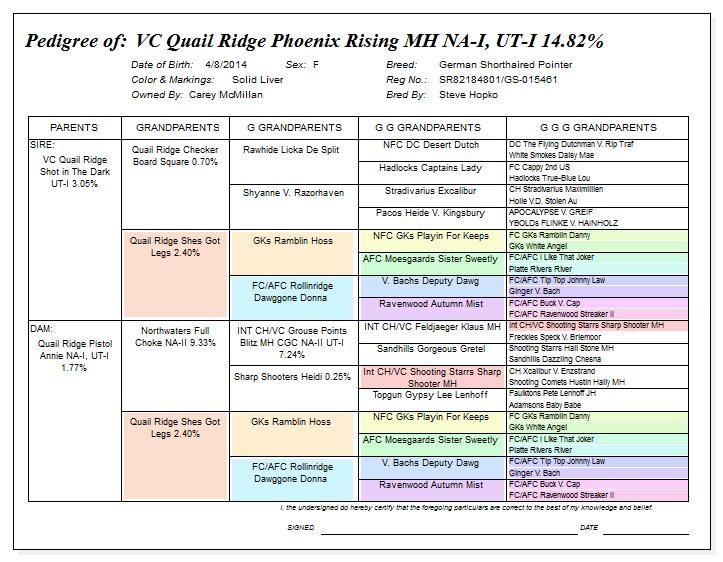 I got "T-Bird" from Steve Hopko of Quail Ridge Kennels in Connecticut in the summer of 2014.

I was so impressed with the parents, "Tank", VC Quail Ridge Shot In The Dark UT-I and "Annie", Quail Ridge Pistol Annie NA-I, UT-I, both of which we trained here at Grouse Point Kennels, that I had to have a pup from their first breeding. It has turned out to be a great decision. T-Bird is one of the most natural bird dogs I have ever worked with, nothing has come hard for her. Natural in her retrieve, backing, duck search and field search. She has good wheels and really turns it up on the prairies. Perhaps the best duck search dog I've ever worked with. And tons of cooperation. What else could you ask for?

T-Bird was tested for natural ability in august of 2014, at the St Croix NAVHDA summer test at only 18 weeks old. She had a stellar day, tore up the field, tracked like an expert, and scored max of 112 points. That day we knew we had a winner.

In August of 2016 she was tested at the utility level and showed us more of her stuff. She earned a prize I with a score of 201 of 204 possible. She had no faults that day, I messed her up with a bad start on her duck drag and had to restart her. The rest of her day was nearly perfect. She is now qualified for the 2017 NAVHDA Invitational.