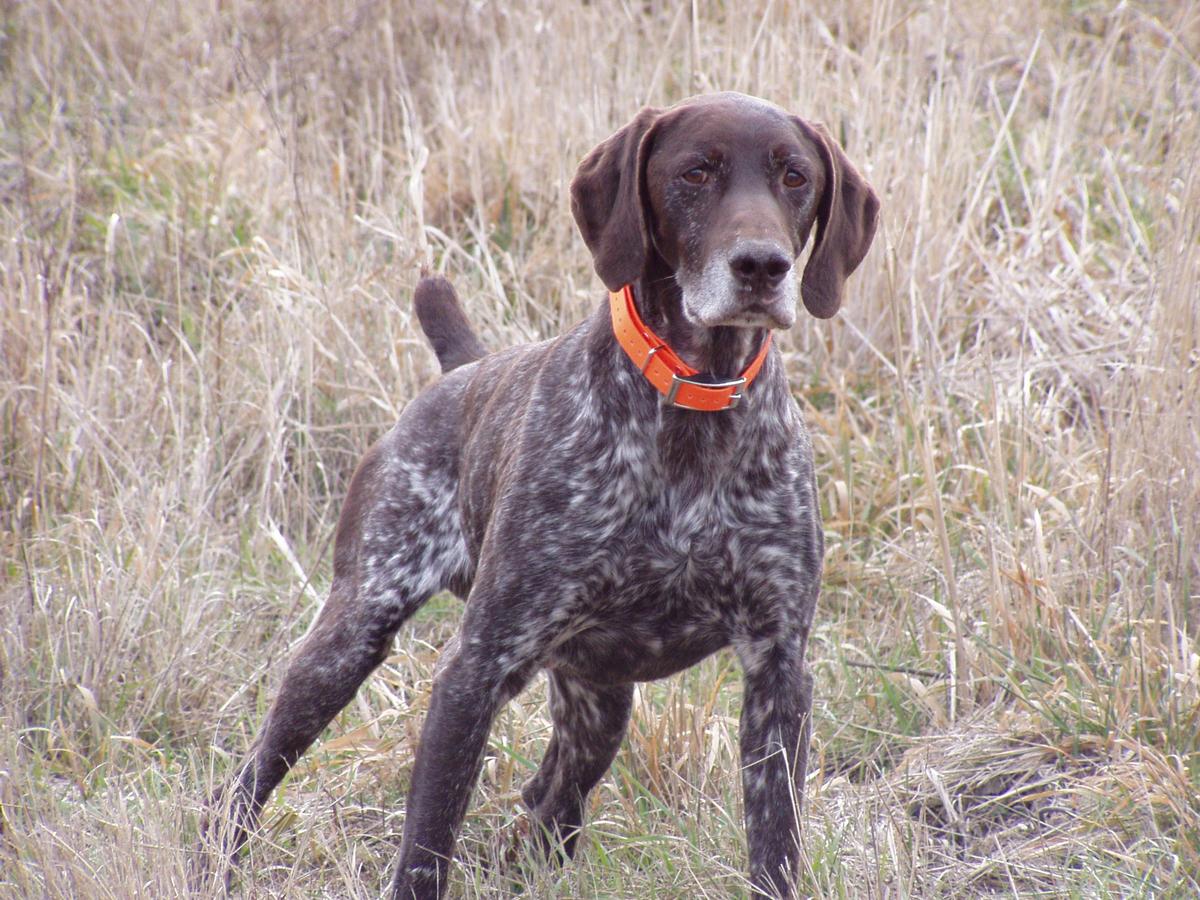 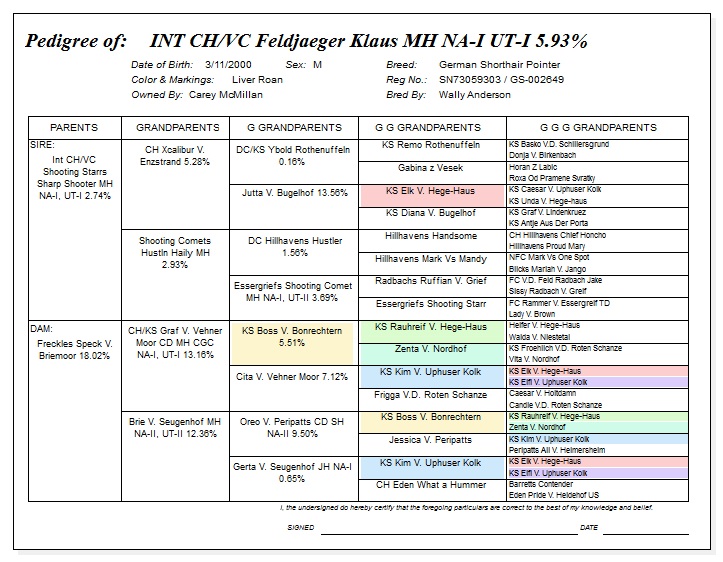 Klaus was whelped 03/11/00 and came to us when he was 8 weeks old. He is out of Freckles Speck Vom Briemoor, litter mate sister to VC Lacy Vom Briemoor, bred to, VC Shooting Starr's Sharp Shooter MH. We thought that Klaus would be a good addition to our kennel, and that he would compliment our females well. Klaus has turned out to be both a great field companion, and a great house dog as well. In the house he calm but put him down in the field and he is all business. Klaus is very biddable, he learns fast and retains the lessons taught. He is a strong pointer, loves the water, retrieves and honors naturally.

Klaus was tested at the spring test of the Minnesota chapter of NAVHDA in 2001. He had a great day and finished with a prize I, and a maximum score of 112 points. He has excellent promise and in the coming years we will run him in both the AKC Master Hunter program, and the NAVHDA utility test program.

In may of 2005 we ran Klaus in the International Show Ring at Hutchinson Minnesota. We had another great weekend with Klaus. He earned the International Champion title. He also earned best in breed in 2 of the 4 shows he entered.

In Aug. Of 2005 Klaus earned his utility prize I with a score of 199 out of a possible 204. He is now qualified to run in the 2006 NAVHDA Invitational. The invitational is NAVHDA's flagship event, dogs that pass this test earn the title versatile champion. In 2006 the test will be held in Ohio. If training goes well I will run Klaus next summer and try for the VC title.

In September of 2006 Klaus ran in the NAVHDA Invitational, held at the Buckeye Chapter in Southeast Ohio. We had a great day with Klaus earning a score of 197 out of a possible 200. We passed and Klaus has earned the NAVHDA Versatile Champion title. This is a great accomplishment, he is one of only about 140 shorthairs to ever earn this title at this time.

In the spring of 2008 I had a chance to run several dogs in AKC master hunter tests. As long as we were going I decided to run Klaus as well. He had a good campaign and received his AKC Master Hunter title, passing in 6 of 10 runs. Along the way he earned high point dog on one of the days he ran at the GSP Club of Minnesota test.