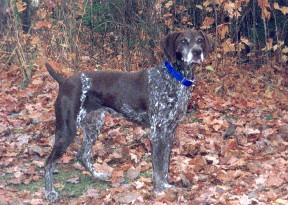 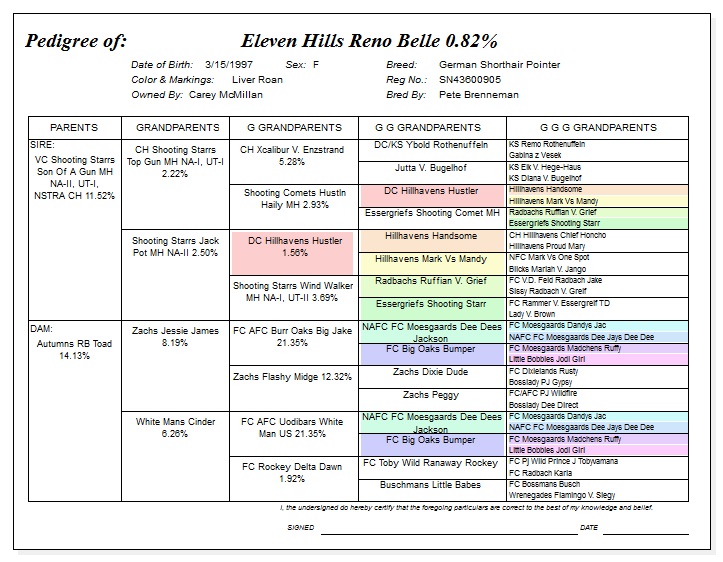 Belle is my original GSP. Whelped 03/15/1997. I got her from Pete Brenneman of Eleven Hills kennels in Iowa. She is out of Pete's, Autumn's RB Toad and DVM James Rieser's, VC Shooting Starr's Son Of A Gun MH . What a lesson she has given me. She was my first best hunting and fishing partner. Going with me everywhere, her favorite spot was 1/2 on the truck seat and 1/2 on my lap. I was guiding grouse and woodcock hunts with her by the time she was only 1 1/2 yrs old. She probably saw more ruffed grouse in her first 4 years than most other dogs would see in 2 lifetimes. In 1999 we shot well over 100 ruffs in front of her. That means we probably missed or had no shooting at another 3 or 4 hundred. She had these kind of numbers in front of her from 1997 to 2000. What a great dog.