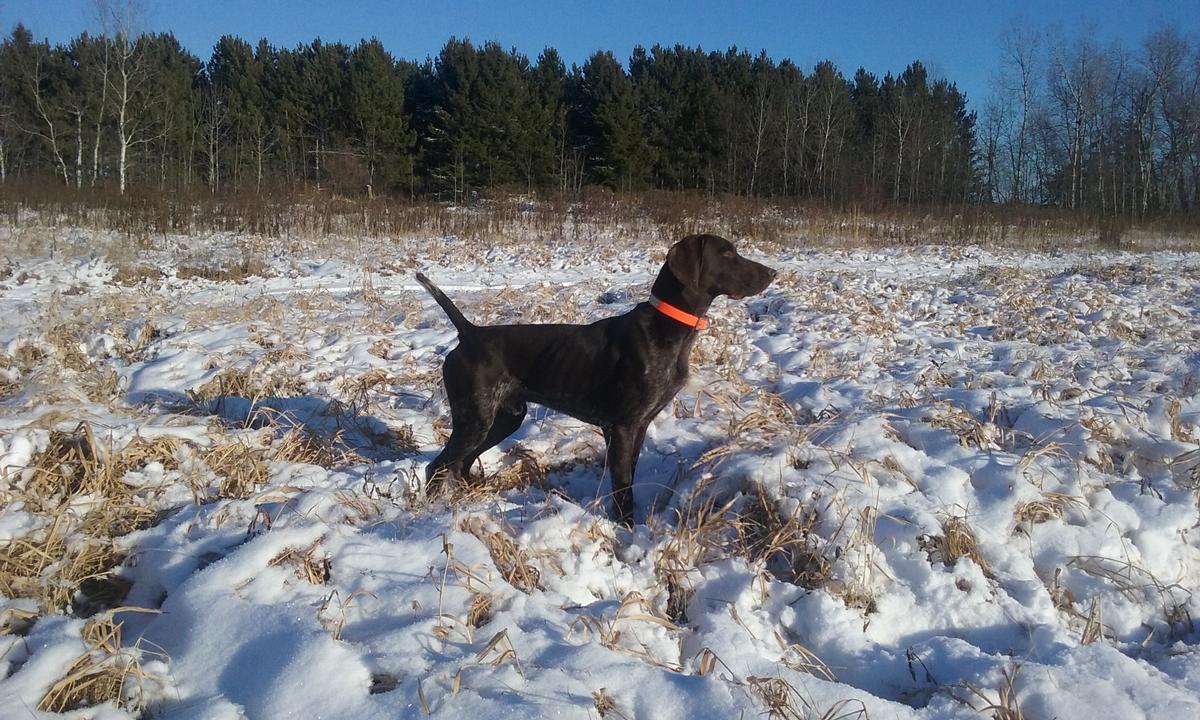 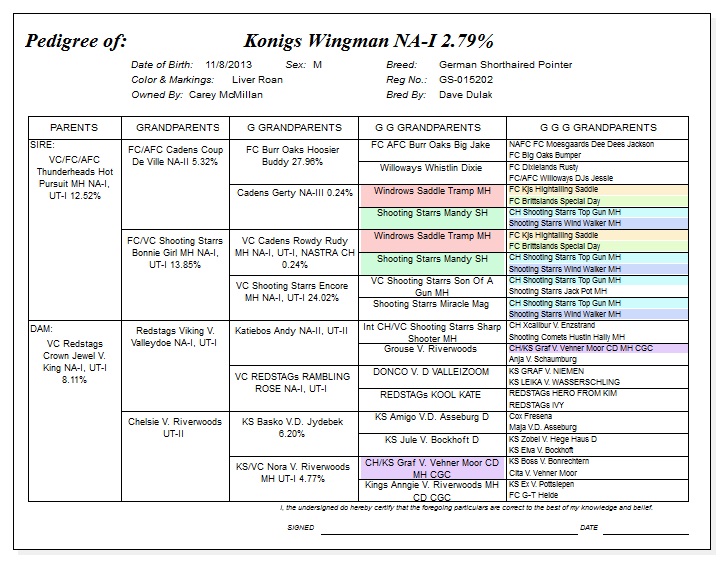 Buzz has become a great companion in the field and marsh as well as in the house. He was tested in the NAVHDA natural ability level test at 7 months old and scored a 108 prize I. He gets hunted on ruffed grouse and woodcock here in Wisconsin and in 2015 was included in several trips to North Dakota and for some great experiences on pheasant and sharp-tail grouse. He is turning into a fine wild bird dog. Buzz has good natural retrieve, loves the water, and very intense on his point. I am also seeing some natural backing skills. We hope to have him ready for some AKC Master Hunt and NAVHDA utility level tests in 2016. He will become part of our breeding program and we look forward to what he may add to our dogs.