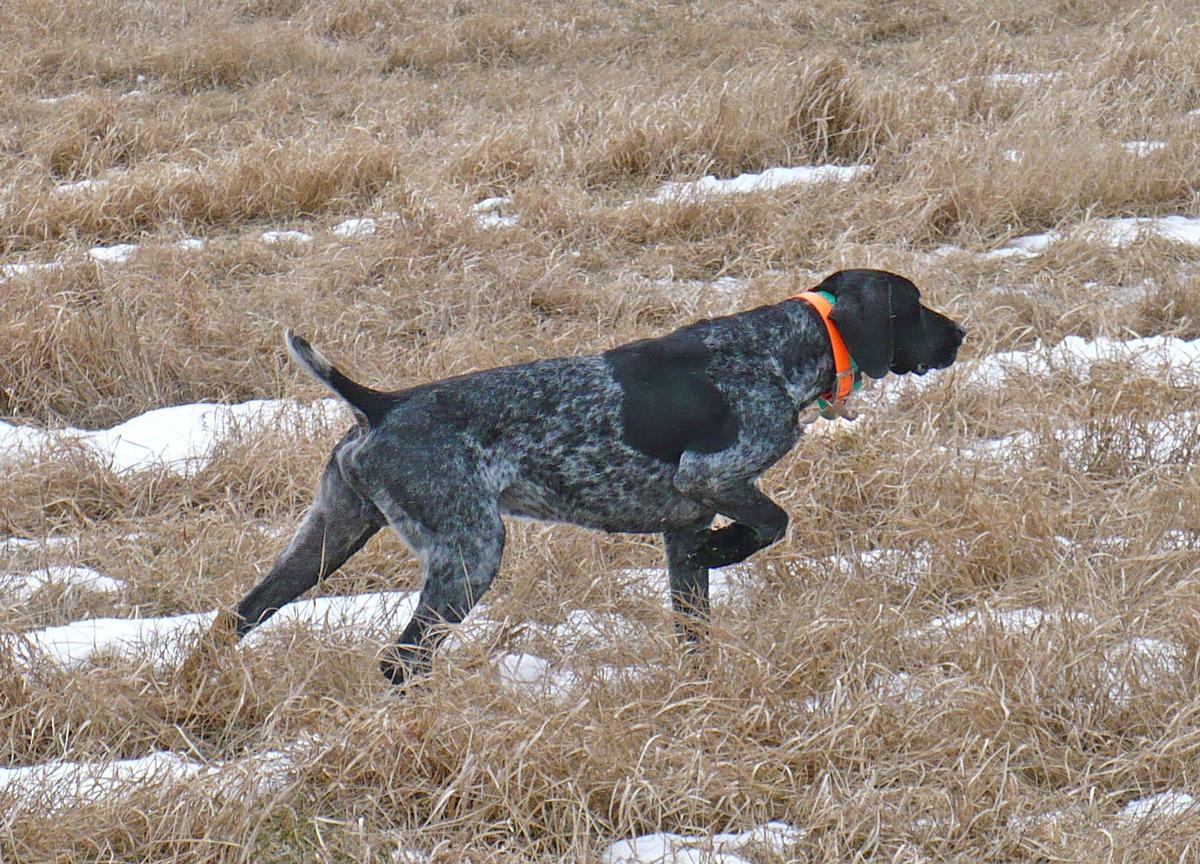 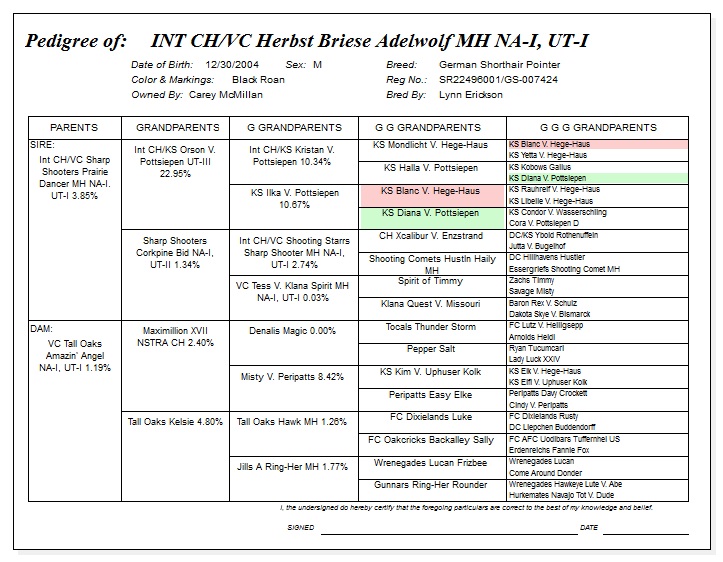 I got "Wuff" from Lynn Erickson in the spring of 2005. He is a pup out of her VC Tall Oaks Amazin Angel, "Angel",and INT CH/VC Sharp Shooters Prairie Dancer MH, "Tango". Wuff is a very solidly built black roan gsp pup, weighing in at 50 lbs. when he was just 6 months old. He is a solid pointer and is retrieving naturally. In august he was tested at the Kettle Moraine chapter of NAVHDA in his natural ability test and earned a prize I with a score of 110 out of a possible 112. I will test him at the utility level in the summer/fall of 2007. He started on his duck work at 6 months of age. He shows alot of desire and drive in the water and in the field. Wuff is a welcome addition to my kennel and should prove to be an excellent gun dog in the future.

In may of 2007 Tracy Hoppe ran Wuff in the IABCA show ring. He ended up earning 4 v-I ratings and took best of breed twice, on his way to his International Champion title.

Wuff ran his NAVHDA utility test at the St. Croix chapter spring test in 2008. He passed with a prize I, on a day when he ran huge in the field. He is qualified to run in the 2009 NAVHDA Invitational. We also ran in the 2009 St. Croix NAVHDA spring test to re-qualify and also earned prize I.

September of 2009 Wuff and I went to Ohio with Dan and Kara Gannon to run the 2009 NAVHDA Invitational. Wuff had another great day and earned his NAVHDA Versatile Champion title. He ran big, backed great, water work was flawless. Dan also passed with Berit and Dakota. The St. Croix chapter had a great showing with 9 of 11 dogs earning their VC titles.

Two weeks later on October 3rd 2009, Wuff and I ran for the last leg of his AKC Master Hunter title, at the ottawa field trial grounds. Wuff has stepped up to the plate again and finished his mh title.