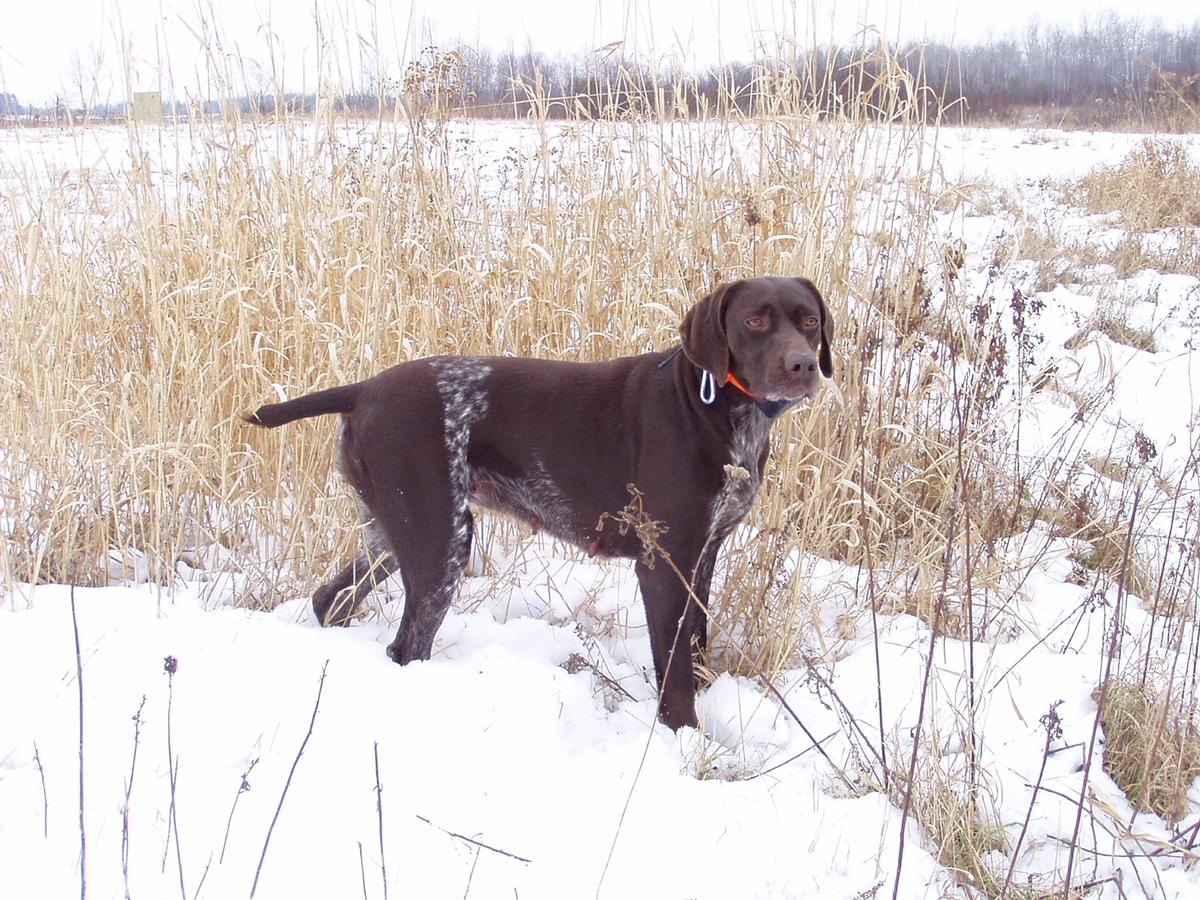 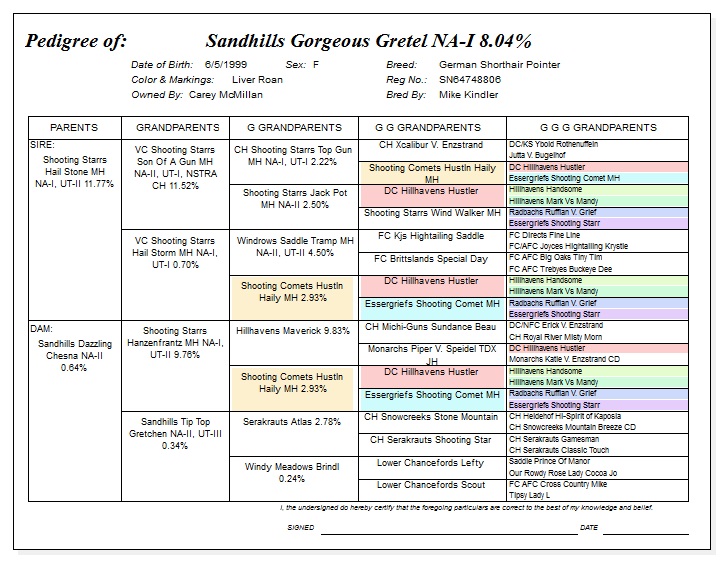 By 1999 it became apparent that one dog was just not going to get the job done. I got Gretel from Mike and Cathy Kindler. She is out of thier Sandhills Dazzling Chesna (chessy) and DVM James Reiser's Shooting Starr's Hail Stone MH (Stoney). Gretel was the first dog that I ran in the NAVHDA testing program. We managed a prize I with 112 points the second time around. The first time we tested we got to the water last, going into that portion with a chance at a maximum score. The field and the tracking were great, we got to the water and there were some geese around the pond and that was her undoing. She was running up and down the side of the pond chasing geese and eating up any goose feathers she could find. We ended up getting a 1 in the water score and didn't qualify for a prize that day.

Gretel turned out to be an awesome grouse dog, never quitting, she would run every other dog and hunter to the ground. She also turned out to be one heck of a brood bitch. 3 of her litters, all sired by INT CH/VC Feld jaeger Klaus MH, NA-I, UT-I, earned NAVHDA Natural Ability Breeders Awards. 16 of her pups tested in natural ability, with 11 prize I, 3 prize II and 2 prize III. Average score for these 16 pups was 106 of a possible 112. INT CH/VC Grouse Point's Blitz MH, CGC, NA-II, UT-I, has gone on to finish his IABCA show title, his NAVHDA VC title, and his AKC Master Hunter and Canine Good Citizen titles. Several others are still being campaigned, with INT CH Grouse Point's Colonel Klink qualified to run the 2010 NAVHDA Invitational.